On Wednesday, Shaq will showcase to conference attendees the efforts to combat binge drinking on HBCU campuses that came from the study’s findings, revealing that consumption and attitudes about alcohol among the HBCU students are different than the national college students sampled. Here are a few of the results:

In addition to this study, we conducted focus groups with HBCU students. In these focus groups, we discovered:

With these findings in mind, Shaq enlisted the help of Godfrey the Comedian, co-host of “Upload with Shaquille O’Neal” on Tru TV. Godfrey allowed us to record him performing a stand-up routine about the foolishness of binge drinking in an effort to encourage HBCU students who drink to do so responsibly. This evolved into a series of videos featuring Godfrey called, “#WatchYourself,” which used humor to address the very serious issue of college binge drinking.

The videos, which can be found on The Foundation for Advancing Alcohol Responsibility’s YouTube channel, were distributed on social media and advertised in online publications, including the HBCU Connect network, which is one of the largest social networks for African American students. Print advertisements were placed in six of the largest HBCU campus newspapers in April and drove students to the “#WatchYourself” videos on YouTube. 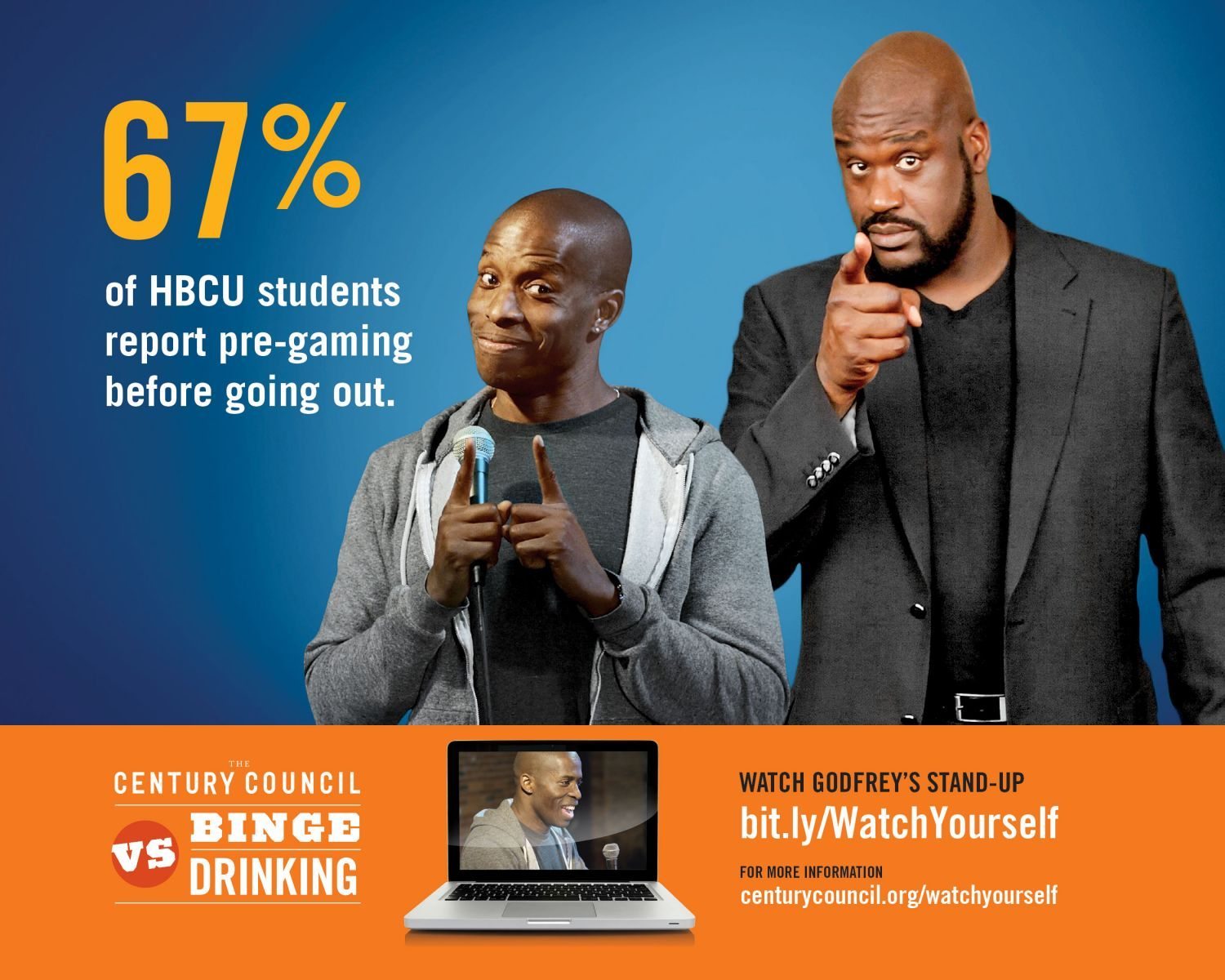 The Congressional Black Caucus Foundation 43rd Annual Legislative Conference will take place on Wednesday, September 18 at the Walter E. Washington Convention center from noon to 2 p.m. We hope to see you there!

More on Shaquille O’Neal’s work with The Foundation for Advancing Alcohol Responsibility:

Shaquille O’Neal (Shaq) and The Foundation for Advancing Alcohol Responsibility partnered to fight binge drinking on college campuses in 2012. Shaq, who had recently attended film director’s school, worked alongside college students to bring the voice of the students to life by producing student-created videos, which addressed the serious issue of binge drinking on campus. The effort launched on National Collegiate Alcohol Awareness Week in 2011, with a new video message each day from Shaq.

To learn more about Shaq’s work with The Foundation for Advancing Alcohol Responsibility to combat college binge drinking, click here.