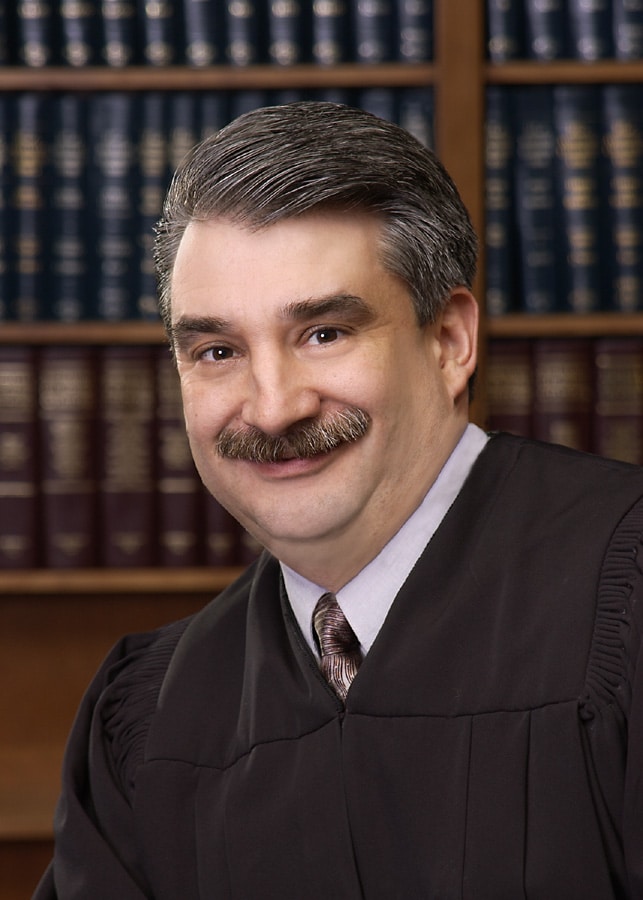 The Honorable Richard A. Vlavianos is a Judge of the Superior Court of California, County of San Joaquin. He was appointed by Governor Pete Wilson in 1999.

Judge Vlavianos was the Presiding Judge of the Juvenile Court from 2002–2005. He currently oversees: a multi-track DUI Court system of court supervision in high risk DUI cases; three courts that supervise individuals on community supervision after California’s realignment; a Proposition 36 Compliance Court; and a Mental Health Court. He has also presided over a Juvenile Drug Court; one of five pilot Parolee Re-entry Courts in California; and Drug Court.

In addition to his work on the bench, Judge Vlavianos has also implemented: a DUI prevention program, Choices and Consequences, that involves court proceedings inside of schools and the use of prisoners and collaborative court clients to educate students on the dangers of alcohol and drugs; an outreach program into the Hispanic community for DUI prevention; a Proposition 36 system re-design; and Truancy Court. As a Juvenile Court judge he piloted a successful program to improve outcomes for difficult to manage adolescent females.

Judge Vlavianos has served as faculty and/or as a keynote speaker for a multitude of state and national organizations/agencies such as the Transportation Research Board; National Judicial College; National Association of State Judicial Educators, etc.

In recognition of his work, Judge Vlavianos received a Public Service Award in 2017 from the National Highway Traffic Safety Administration (NHTSA); the 2012 Kevin E. Quinlan Award from the Century Council (now Responsibility.org); the 2015 Child Abuse Prevention and Intervention Award from the Children’s Services Coordinating Commission; in addition to many others.

Prior to his appointment to the bench, Judge Vlavianos was a Deputy District Attorney in San Joaquin County for thirteen years and supervised the Narcotics Unit. He has a Juris Doctor Degree with Distinction from McGeorge School of Law in 1985, and is a member of the Order of the Coif and the Traynor Society.