Parents, keep up the great work. By all measures, alcohol consumption in the past month is down according to the most recent available federal data.

SAMHSA released an Overview of Findings from the 2013 National Survey on Drug Use and Health Report late last week.  The latest available data reports record low levels of underage drinking among American youth ages 12 to 17.  Nearly 12 percent of 12- to 17-year-olds reported consuming alcohol in the past 30 days, including 6 percent who reported binge drinking in the past month and one percent who reported heavy alcohol consumption, which is defined as binge drinking on five or more occasions in the past 30 days. Over the past decade, more than 1.5 million fewer 12- to 17-year-olds reported drinking alcohol, and 1 million fewer adolescents reported binge drinking compared to 2003. It is a well-accepted fact that parents and concerned caregivers wield the most influence over a teen’s decision to drink – or not to drink – alcohol. We believe that parents should feel comfortable talking with kids as young as six years old about the dangers of underage drinking. Parents should feel confident explaining why alcohol is detrimental to an adolescent’s developing brain.

As students transition into middle school, we believe that parents, school counselors, health teachers and physical education teachers should educate kids about the impact of alcohol on their body and brain. Should a teen be faced with a decision about alcohol, they should be ready with ways to say no. And as kids become exposed to more freedom as they head off to high school and college, parents should remain more involved than ever by making their values about alcohol known. Even while kids are at college, parents should maintain their involvement and continue to support their kids from afar.

Parents should be prepared to have a lifetime of conversations about alcohol responsibility with their kids. We are proud of the parents who continue to drive these underage drinking numbers down and are committed to keeping our nation’s youth safe and alcohol-free.

And for parents who are just getting started, we’ve got resources to help. 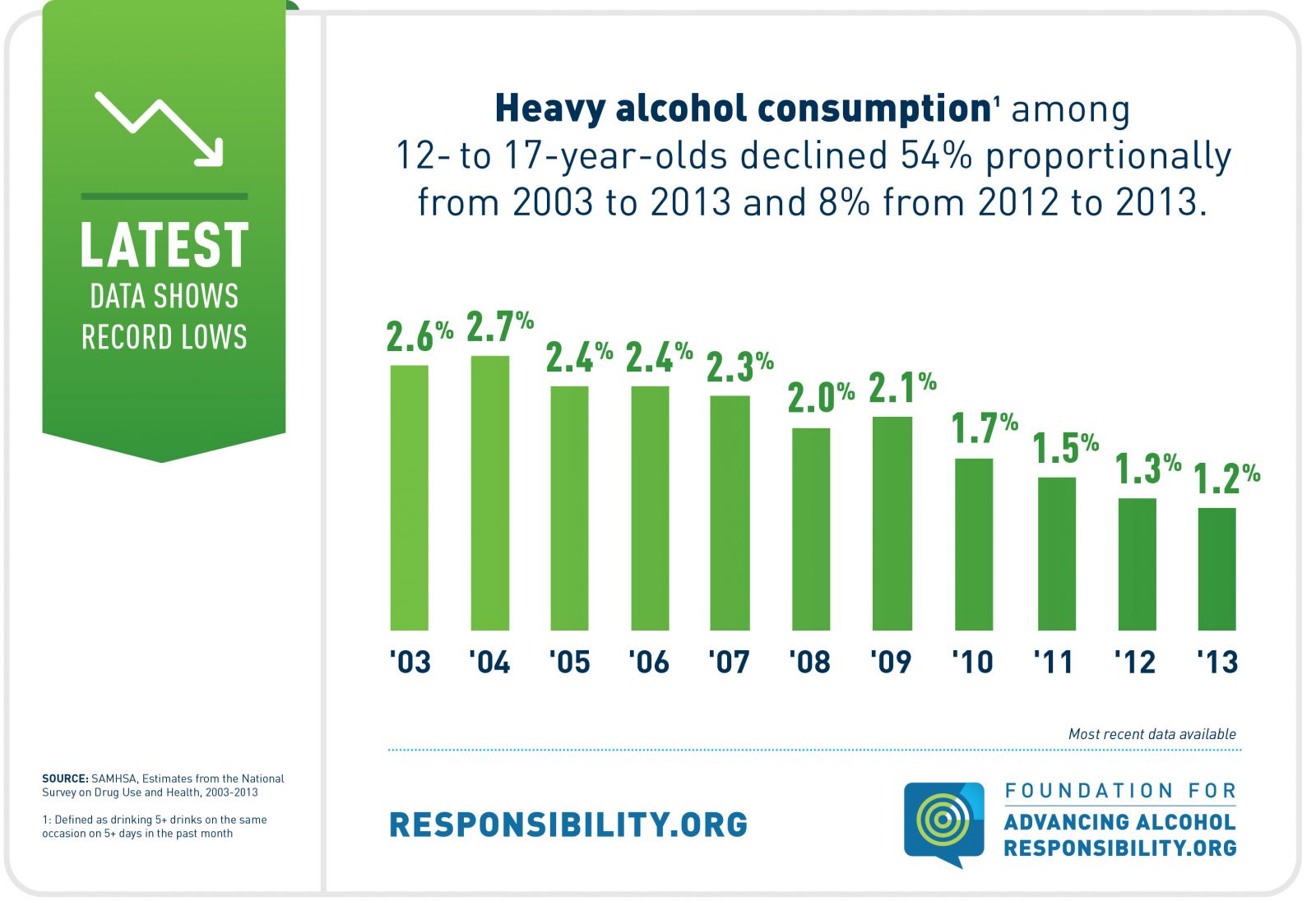